Azar Aghaj Tejarat Company was established in 2012 by registering a company in Khosroshahr Registry Office. At the end of 1992, he bought the machines of News News line, producing MDF and chipboard with melamine coating (melamine press), and in February 2014, it was used, and then he bought the impregnation line at the beginning of 1994, and finally the impregnation line. It was put into operation in 1994 and in this case the purchase of melamine veneer became self-sufficient.
Azar Aghaj Company in 1397 received a mandatory standard for its products and based on this success began to export its products to Turkey, Iraq and Afghanistan, and finally in 98 bought a production plant of a colleague in the industrial town Mayan showed that it includes 20,000 square meters of industrial land and production halls in the amount of 35,000 meters and commercial and office offices in the amount of 160 meters, which has started to produce MDF and melamine veneer chipboard from the date of delivery, which led to doubling the production capacity of its products.
In 1998, after launching a new factory, the production halls were developed and a construction permit was obtained from the municipality to build 11,500 meters of production halls.
And in 1400, with the construction of 2 halls with an area of ​​about 2000 square meters, it is being completed.
Inshallah, in the near future, with the cooperation and participation of the esteemed Sepah Bank, which has bought machines with the good hands and blessings of Sepah Bank, it will buy melamine veneer press machines with a capacity of 3 times the current capacity.
Meanwhile, Azaraghaj Industrial Group has three sales offices in the city of Tabriz to sell its products without intermediaries. Finally, by covering the required markets in the northwest of the country by creating about 100 direct and 250 indirect employees, it is one of the largest producers of compressed bonds. It is a melamine wood, which is hoped to double in the coming years. 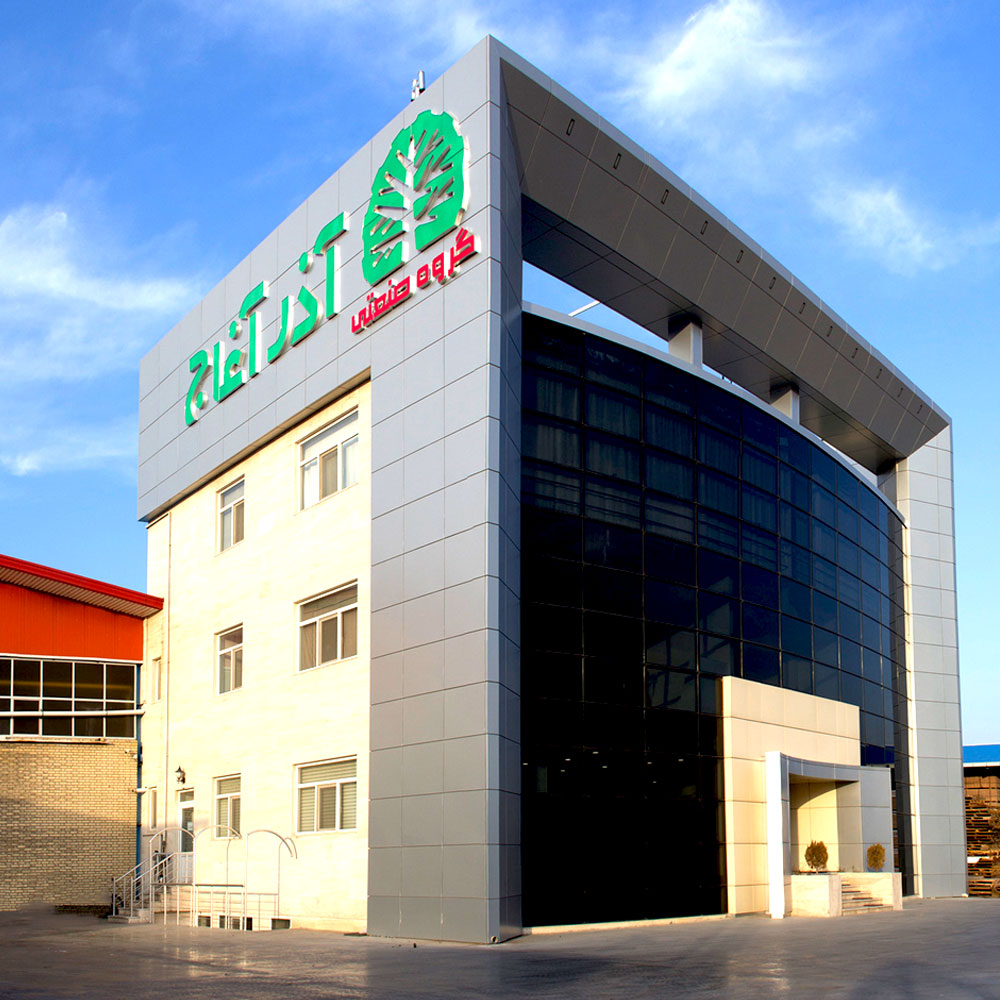